What Makes a Gerrard Project Exceptional?

Our aim is simple. We want you to be a fan of our work. Someone who believes that Gerrard homes, apartments, and developments are great places to live, work, and play. And here’s how:

We don’t really like to talk about ourselves. We like to let our work speak for us. We’d rather listen to you—how you hope to live a better, less stressful life.

So we’ll be brief. Gerrard Companies is a family-owned business with expertise in real estate. We build and manage condominiums, offices, apartment communities, and residential neighborhoods. Our holdings span seven states: Wisconsin, Illinois, Minnesota, Iowa, South Dakota, Montana, and Wyoming. Our late father began his real estate career in 1954. Sadly, he passed away in April of 2017. His guidance has had a lasting impact and continues to guide us today.

At Gerrard Companies, we express our shared values in our business, values that stand the test of time. In our work, we:

We build a variety of developments in communities that we like, because diversification is healthy.

Plus, it’s more interesting for us. Projects we’ve completed include:

About Peter and Paul Gerrard

Peter Gerrard, President, of Gerrard Corporation/Gerrard Companies, is focused primarily on the development and construction management side of the business. 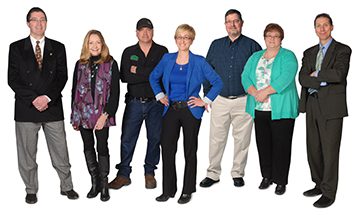 Gerrard Corporation/Gerrard Companies: Over A Half Century of Real Estate

The Gerrard family has been a force in real estate and development in the upper Midwest for almost 70 years. The tradition began with M. William Gerrard, when he founded his real estate brokerage firm in La Crosse, Wisconsin in 1954. His momentum and vision carried sons Mike, Peter, and Paul and daughter Nancy into real estate careers as well. They have formed residential and commercial development companies, retail brokerages, general construction, and property management firms.

Peter and Paul started Gerrard Corporation after Mike’s sudden and tragic death in 1993. The company developed and currently manages apartment communities in seven states, including Wisconsin, Illinois, Minnesota, Iowa, South Dakota, Wyoming, and Montana. (Gerrard Corporation was honored with the USDA Rural Development “Developer of the Year” Award in the state of Montana.)

As second generation real estate brokers, developers, contractors, and managers, the Gerrard family has a solid history and knowledge of many communities, especially in Wisconsin and Minnesota. Gerrard Corporation has a history of going above and beyond what is required for a standard development, which has contributed to the long-term success of these properties, along with consistently high occupancy levels and tenant satisfaction. 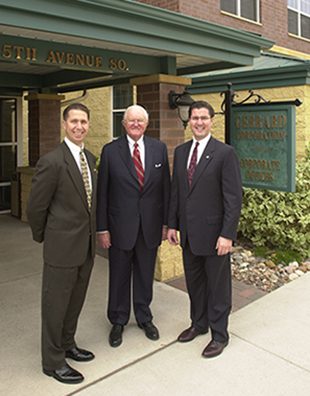 We have a history of developing many different types of housing. Here’s a brief sampling:

We seek business partners whose business practices align well with ours. These firms have proven themselves on multiple projects, providing crucial expertise, superior customer service, and a team attitude. From contracting, architectural/engineering, and financial perspectives, these partnerships have been invaluable in our history of successful developments.

We build a variety of developments in communities that we like, because diversification is healthy.
Plus, it’s more interesting for us. We take extra care to assure that our projects fit the neighborhood and community into which they are built. Building contractors we work with include:

Long-term partnerships with regional architects and engineering firms has been instrumental in the optimal planning, design, and construction of our residential communities and commercial developments. 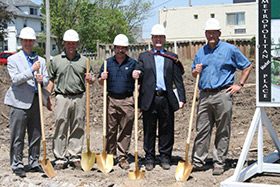 Gerrard Corporation owners are fully immersed in all aspects of each development—and, with their financing partners, handle long-term asset management, long-term accounting, and capital accounting.

Send Us A Message 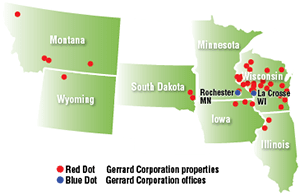